FCTR Extreme Team at 24 Hours of Utah the Run

It is now official, I am going back to Moab March 25-27 for the 24 Hour race with an awesome FCTR Extreme (Extreme because there are less than 6 of us) Co-ed team. Joselyne, Rob, Brian, Mindy and I will run the race as relay trying to run as many laps of the 5.5 mile dirt and slick rock loop as we can in 24 Hours. I ran this race solo in 2008 and 2009. In 2008, I ran 11 laps in 13 and a half hours for just under 60 miles making it my longest run ever. It was a great training run for my first 50 miler, the San Juan Solstice 50, that I ran 3 months later. I went back in 2009 and ran one more lap for 64.5 miles and then stopped to go to sleep. Surprisingly I placed 3rd in the male solo division. The event is a mixture of a long training run and family camp out since most racers and their families camp at the start/finish line. It should be a lot of fun to run this race as a relay, because it will allow for a fair bit of running and considerable time to hang out with friends at the base camp and watch the race happen. It will also be a good opportunity to work on running in the middle of the night when I'm already tired which is one of the bigger challenges of running 100 mile race. Camping, running, family, friends . . . these are many of my favorite things so I'm sure it will be a great weekend in Moab. Below are some pictures from the 2009 race. 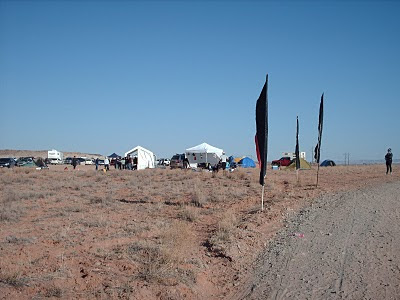 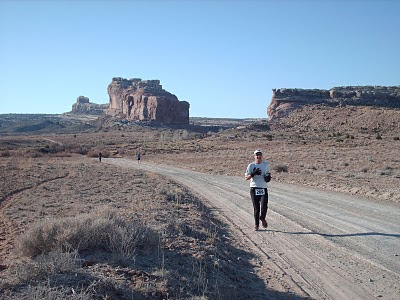 Coming back up the road in the morning to check in after the first 5.5 mile loop 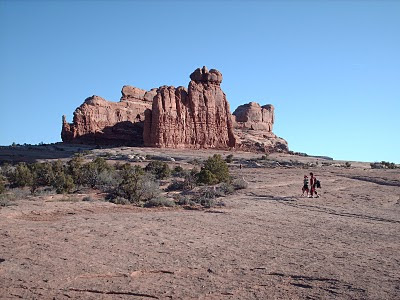 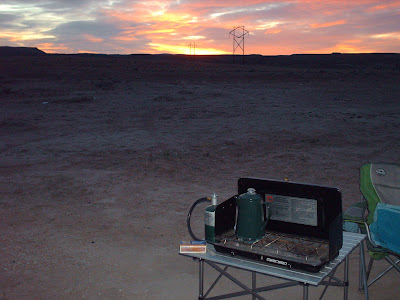 The desert sunset is always remarkable
Posted by Alex at 11:24 AM