It was a fun weekend of fun, family, friends and running in Moab, Utah. The 5 runner Fort Collins Trail Runner extreme team and the 3 runner Wolf Pack even more extreme team represented Fort Collins well at the 24 Hours of Utah Race. Each team ran 24 5.37 mile laps for a total of 128.88 miles between 7:00 am Saturday and 7:00 am Sunday to take 3rd and 4th places in the extreme team category. The Wolf Pack finished 3rd because they finished their 24th lap a few minutes ahead of the FCTR.


I have done this race solo twice before and had a good time being out on the trails all day and in to the night, but completing the race as part of a team was infinitely more fun. The team dynamics that we had going were perfect. Everyone there was supportive, giving, thoughtful, entertaining, and positive. Many of us had run many miles together, but some of us had only met in the sunrise moments before the race started. Much of the weekend was spent eating, talking, laughing, cheering and goofing off, but when it came time to run each of us got down to business and ran hard and serious.

It was a beautiful and cold night when we pulled in to base camp late on Friday night and Saturday morning started out clear, crisp and beautiful. The day went on to be cold and windy, sunny and warm, grey and cool, and wet and snowy. The exciting and sometimes uncomfortable weather took nothing from the beauty of the course which we alternated running clockwise and counter clockwise. The course included some dirt road, plenty of ups and downs on red and puddled slick rock, sandy washes, and a damp creek bed. I ran the loop seven times, but never tired of it since each trip around was under different weather and lighting conditions and with different company. The other competitors included solo 100 milers, solo 24 hour runners, solo and duo 12 hour runners, 6 hour night time fun runners (they ran from 6:00 pm to midnight), open teams of 6-10 and two other extreme teams. The winning extreme team, Eagle 5, was led by Anita Ortiz who holds a Western States 100 title. Eagle 5 completed 28 laps.

We were all a bit worn out by Sunday morning when it was time to strike camp, but there was talk about next year and plans to bring more Fort Collins Teams back to Moab to run all day and night and sing, dance, eat, and camp in the desert together as friends, family and teammates. 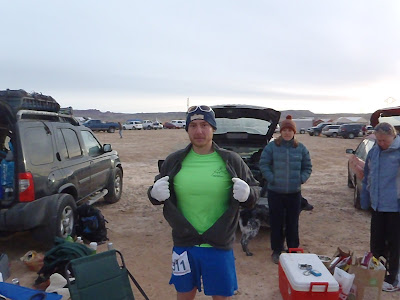 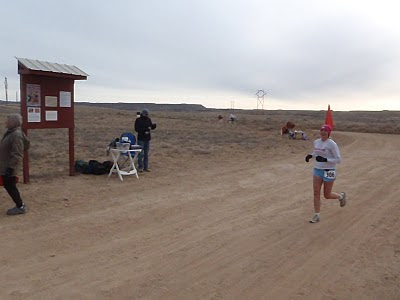 Celeste coming in fast and flawless from her first of 8 laps. 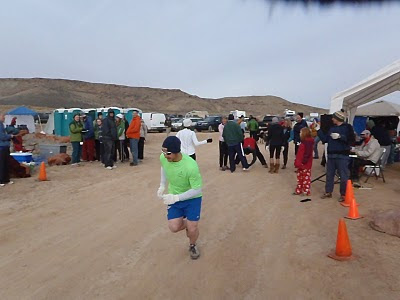 Rob takes first lap out at a full sprint. 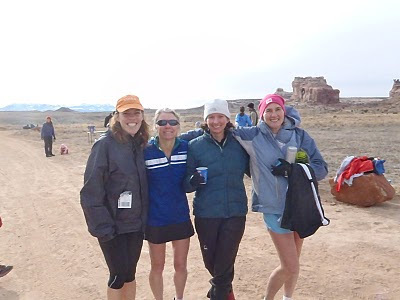 Mindy, Cat, Joselyne and Celeste out supporting each other throughout the day. 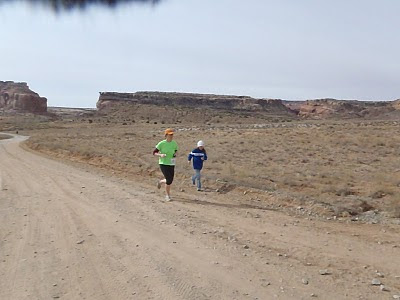 Maddie and Mindy running back towards base camp. 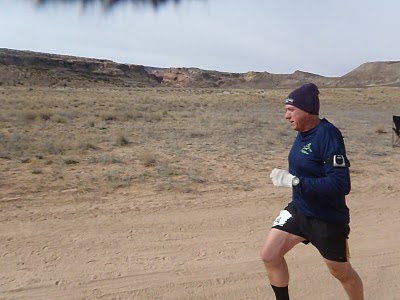 Brian heading out fast and strong. 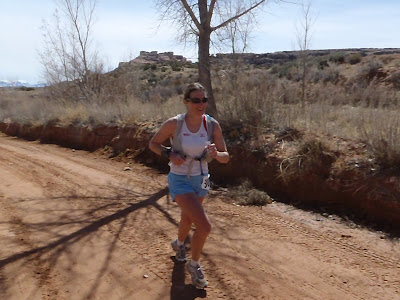 Celeste is heading out on another lap. She never slowed down and never ceased to amaze us all. 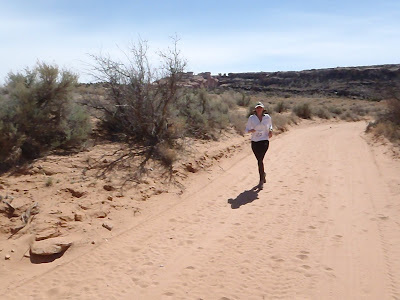 Joselyne, bringing it in after another strong lap under the Moab sun. 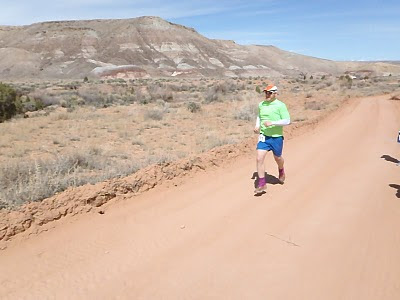 Rob, heading out once again and looking fast with his multicolored running togs against the red Moab earth. 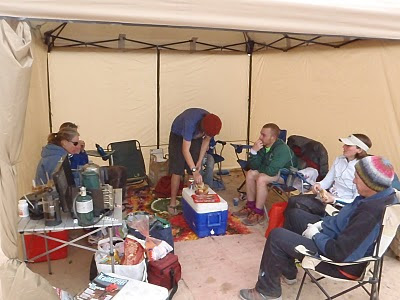 The FCTR/Wolf Pack Den, generously supplied by the Perrys. This was the place where plans were made, stories were told, cookies were eaten, blisters were proudly displayed and naps were taken. 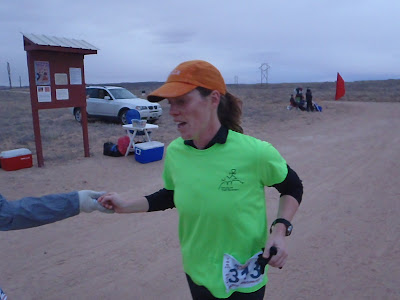 Mindy, making a smooth hand-off to Brian as day turns to night and the race is only half done. 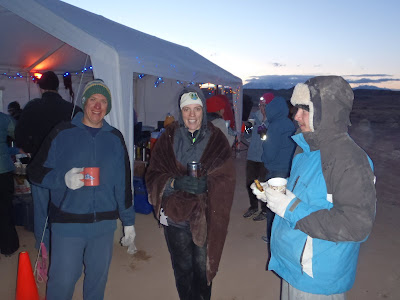 Brian, Mindy and Rob enjoying the post race sunrise and some hot drinks. 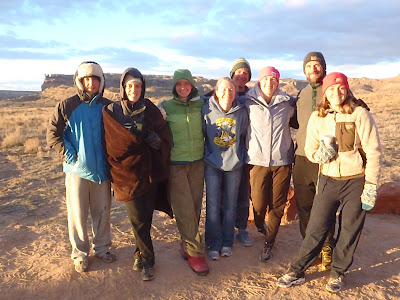 Check out these posts from other members of the FCTR team:
Brian
Mindy
Joselyne
Posted by Alex at 10:31 AM