I have finally perfected my recipe for my home brew energy bars. The last (and very important step) was to give them a name and recent posts to the FCTR list solved this. There were many good options for names that I considered: Rage Against the Machine Bars or Rush Bars (both these names area already taken by music groups), Clark Bars (after our local running hero of course, but there is already a candy bar with this name), Pb Bars (great name for the obvious double meaning with the main ingredient of the bars and the chemical symbol for the name of that race later this summer). But in honor of our local hill that we run biweekly and on July 30 will be running continuously for 24 hours, I will call my creation the Tower Bar. I have long been interested in making my own energy bars, not really because I am picky or have nutritional issues with what is on the market or have issues paying $2+ for a glorified granola/candy bar, but because I am still that kid that likes to play around in the kitchen coming up with my own "creations". Here is the recipe for my latest:
TOWERS BARS
1 cup natural (just peanuts) crunchy peanut butter
3/4 cup agave
3/4 cup brown rice syrup
1 cup rice flour
2 cups rolled oats
1 cup rice crispies
1/2 tsp. ground ginger
1/2 tsp salt
1/2 cup dried cranberries
1/2 cup peanut butter chips
1/2 cup chocolate chips
Mix peanut butter, agave and brown rice syrup over low heat (don't cook it, just heat it all up a bit so that it mixes together better. Mix in rice flour, oats and rice crisps. Mix in ginger, salt, cranberries, Pb chips and chocolate chips. Press mixture in to a 8" x 12" glass casserole dish and allow to cool. Cut into rectangles, wrap in plastic wrap or put in baggies and take some with you on your next running adventure. 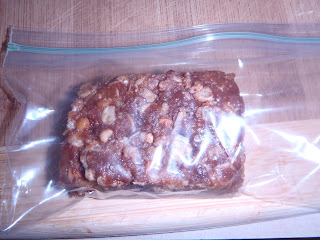 Note: I took and ate a couple of these on a 20 mile run on the the Silver Rush course in Leadville yesterday that took me up over 12,000 feet 4 times and they preformed well, so they are tested and trail proven. Enjoy. 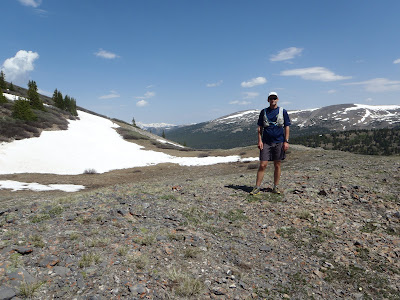 On Friday, I headed up to Sheridan, WY with the family for my 3rd Bighorn 50.  I love this race for the beautiful course, the great organization, the fact that it falls right around my birthday and the summer solstice, and this year more than 30 of my Fort Collins and Boulder trail running friends signed up to run one of the four races (30K, 50K, 50 mile and 100 mile).
We packed the car Thursday night and left Friday morning for the 6 hour drive through WY.  We stopped in Sheridan to pick up our race packets and leave my drop bags.  At packet pick-up, we met up with Mary, Brian, Scott, Kiwi Rob, Michelle, Debi, Alex, and Eddie.  From Sheridan, we continued another 20 miles north to Dayton and set up camp with the Walters, Mary, Scott, and Rob. 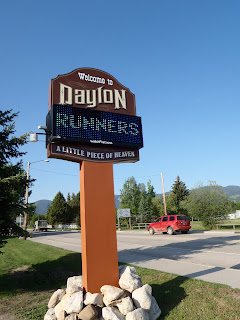 The campground was great, mostly because it is located right next to Scott Park where all the races finish.  This meant that Saturday morning I was able to sleep in until 3:00 am before crawling out of the tent to eat, get ready and head over to get on the 4:00 am bus up to the start line at Dry Fork for the 6:00 am start.
After setting up camp, Brian, Scott, Ean, Mary and I went for an easy 2.5 mile run out on the course to stretch out our legs.  It was a pleasant afternoon and we all were feeling good about the next day's race.
We made pasta and enjoyed a relaxed camp dinner together.  Ean, Scott and I went for a nice walk through Dayton and then we headed off for a short night's sleep. 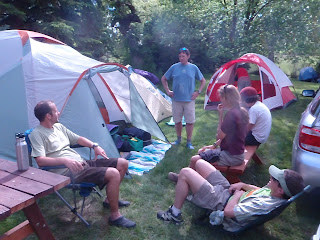 Saturday morning went smoothly.  We made some coffee, I ate a PB&J and some yogurt and we got on the bus.  The course was changed this year due to record amounts of snow on the higher parts of the course.  This meant we started at the usual course's 35 mile mark (Dry Fork) and ran backwards to the bottom of "The Wall" to the Foot Bridge aid station (mile 16.5) and then turned around and ran back through Dry Fork and down to Dayton.  I had a feeling this change would make for a faster course, but there were also reports of very muddy conditions that could slow things down a lot, so I wasn't quite sure what to aim for or expect.  I ran the traditional course last year in 11:31 and ran it in 2009 in 11:30.  I was quite certain that I was much better prepared and in much better shape this year, so I figured if all went well I should be able to run under 11 hours and maybe even 10:30.  I made a couple of drafts of pace goals and ended up with this one that set me up for a 10:20 finish which I thought was probably a bit ambitious, but I figured if I kept my times close to this I would be doing well. 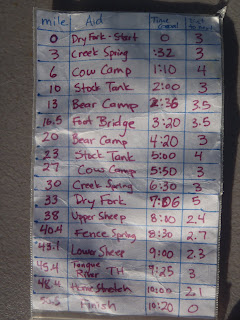 Here is the link to my splits and other GPS data if you're in to that.
Posted by Alex at 12:00 PM 7 comments: 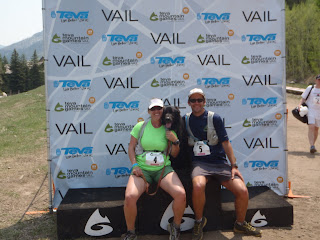 We had a fun-filled week-end of camping, running, friends, mud and crowds last weekend in Vail.  Read Ean's account and look at the pictures of our many adventures here.  Shadow and I went for a great run from our campsite in White River National Forest on Saturday morning, up Homesteak Creek and in to the Holy Cross Wilderness.  Pace was easy and I felt pretty good running at 8600 feet at the end of a pretty tough week that included BolderBoulder, the Tuesday Track Workout, a Thursday morning 11 mile trail hammer fest led by Sarah Hansen and a Thursday afternoon 90 degree time trial ascent of Horsetooth Rock.  Sunday morning we got up early and drove back to Vail Village for the 10K Spring Runoff Trail Race.  The course was altered this year due to snow and mud and included a long climb up a service road from mile 2.25-3.5.  My biweekly trips up Towers  paid  off, because this was my strongest section of the race.  I passed 30+ runners on the climb, but lost ground on the icy, rocky descent.  I felt great through the last mile and finished strong in 1:02 which was 18 minuted faster than last year, but this was definitely a faster course.  I ran the course again with Nick after the race and hopefully convinced him he should run it next year.  A little later, Ean and I ran the Rocky Dog 5K Trail Race with Shadow.  This was the first time for this event, and we had a blast.  It was a pretty tough course on some of the same trails as the 10K.  Ean ran very strong and looked to be in great shape for the 30K in Big Horn next weekend.  Shadow had his big grin on the whole way.  He told me he has plans to go back and win it next year.  After going back and striking camp, we took the scenic route home through Leadville.  There was still some snow on the trails, but it was melting fast.  I hope to get back up there a few more time before the big day.  I finished the week off with 94 miles and a lot of quality.  I am feeling good about my fitness going in to Big Horn next weekend.  It looks like we might not be running the usual course which is too bad but running all day on one of the longest days of the year with 20+ other Fort Collins runners is going to be a blast no matter what happens with the course.  I can't wait.
Posted by Alex at 7:14 AM 2 comments: 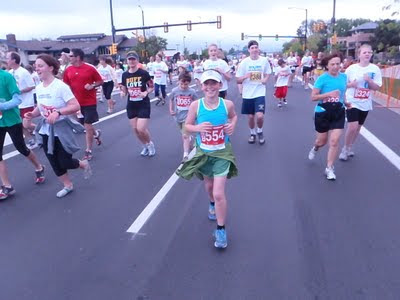 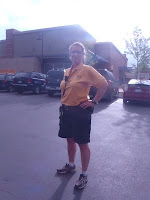 Yesterday I ran the Bolder Boulder 10K for the 5th year in a row for my 9th and 10th running of the course. I ran a slow 43:09 in the AB wave starting at 7:02 am then jogged back to the start to run in the MB wave with Micah and Maddie and many Blevins students on my BBRacers team at 8:27. I love this event, because it exudes many wonderful things about running. There are some 56,000 participants (making it the second largest running event in the country) from around the world and from all levels of running - beginner to elite. The event takes over the entire Boulder community for the day and there is a sense of excitement, fun and fitness that just makes running seem cool to all who are there to witness it. We have done this race as a family every year since we moved to Colorado. Last year, Ean said was her last because she couldn't face the craziness of the crowds again. She came back again this year though as an EMT and not a runner. Micah and Maddie did run again and Maddie set her 10K PR with a time of 1:29:59. Micah enjoyed his time on the course with his headphones on and sauntered in to the finish in just over 2 hours. We stayed to watch the elite race finish and for the Memorial Day tribute before heading back to pick up Ean after she finished her EMT duties. This is the perfect start to summer and a great day to be a runner in Colorado. 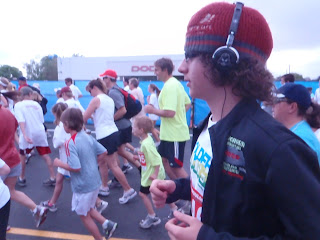 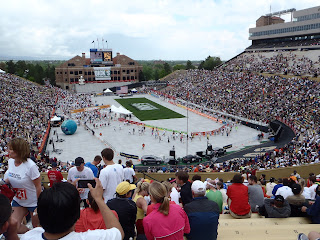